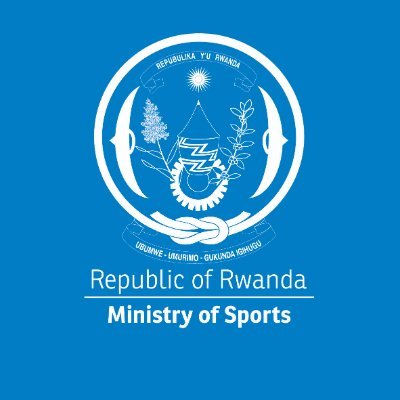 In 5 years Sports Development Policy developed by the Ministry of Sports in Rwanda, it is shown that the Ministry of sports and its partners will spend more than 59 billion Rwandan francs in sports development; however, some of the ministry’s beneficiaries say that most of the promises are difficult to achieve. Based on the fact that, for a long time many activities were exposed but they have not seen their results.

The Ministry of Sports in Rwanda has often been criticized for not helping young athletes in a variety of sports, only appearing in the field of adult production and being required to achieve unplanned victories early on, this is a point that seems to be taken care of by the Ministry of sports because in this program, more than 5 billion are expected to be used in  2 years to develop interschool’s competitions , in addition to the  2.5 billion that will be allocated to educational institutions in sports related courses. Hakorimana Christian, the assistant coach of the IPRC Musanze basketball team and a high school coach, said that what we see in the paper should not be taken for granted.

“They usually publish it and we don’t see the results, there is a big problem in the implementation of the policy, I assure you that the content on the paper is different is different from the reality.

He added that the investigating authorities should look into the use of the money as its usage does not reach to the owners. in addition to school games, other key activities under the Policy include the investment of 1.5 billion annually in creating 600 permanent and temporally jobs of coaching, this section also complements what the Ministry called to help the former players to enter the coaching profession which will be invested 4 billion annually, NZABAHIMANA Emmanuel the Director of youth sports Federation, its branch in the Northern Province of the West, denies what the Ministry of sports said

“this is a lie to Rwandans, when the Ministry confirms the policy, I laugh, they already have a training center in each province except the Northern Province, coaches and their children are always crying for their lives and the way they are treated, is not the way you may treat the future players of the country, they should first solve the problems, and then the next ones come, I mean what’s in the text is different from what you’ll see” he said.

In addition to the activities of this Ministry and the amount of money to be invested, some of the activities that have been highlighted but are not intended to be funded, include showing the good image of the country through sports, adding sports lessons to the timetable of each school, where it should start from 2 up to 4 hours and the inclusion of games in the district contracts. it is where some of the sports fans disagree with the policy because it is difficult to fulfill what has been said, Mwimanyi Emmanuel from Karongi district said “someone who think about showing  his national image through sports without using money, he lies to himself, they forget that increasing the number of hours of sports is related to the increasing the number of teachers and their salaries”

The Ministry of sports seems to create a mood for those who do not believe what they said, in a message sent by Shema Maboko, the Permanent secretary in the Ministry of Sports, said that they will work with various stakeholders in the implementation of its commitments “the implementation of the Sport Policy is not only for MINISPORTS but also for everyone involved, which means that the money will come from all sports sponsors (MINISPORTS, DISTRICTS, SCHOOLS, NGOs, Sponsors, etc” he said

In general, the Ministry of Sports says that it will work with districts, provinces, government and non-governmental organizations and the Ministries of Rwanda, together with experts including 20 sports federations, and journalists.