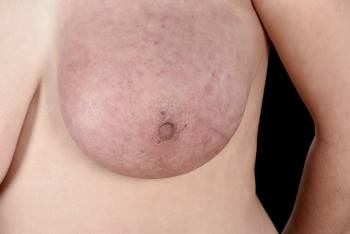 In Rwanda, there are more than 4,890 cancer patients, mainly those with breast cancer because they are at the rate of 13.7%; 685 patients were treated in 2021 in different hospitals and 600 died every year according to the Ministry of Health.
The research shows that before 2014, cancer was not one of the priority diseases in Rwanda, the ministry of health put the efforts into fighting against it after realizing that 5900 people died from cancer including breast cancer, as the day went on, it is realized that not only women are infected by breast cancer but also young men between the ages of 20 and 25.
Director of non-communicable diseases at the Rwanda biomedical center (RBC), Dr Uwinkindi François asked men to know that breast cancer is not a disease that only affects women, that they should also be concerned and diagnosed.
“The problem we have is that we’re seeing people with cancer at a higher stage than we’re able to cure and it’s affecting young women and men who still need to breastfeed and support their families,” he added.
More than 30 young men was tested positive of breast cancer in 2021, they were at the risk of not cured due to going to the hospital late Itegekaharinde Casimir had a young brother who died from cancer ,he witnesses that they didn’t know the disease of their brother until the day they went to the hospitals
“When we got to the hospital, they told us that it is too late, they tried all the best but few months later he passed away”
The Statistics from the World Health Organization (2020) showed that 2.3 million women diagnosed with breast cancer and 685 thousands died from it.
The government is aware of it
The Advanced Cancer Center was launched at the Rwanda Military Hospital in Kanombe, Kigali city. The specialty of this center is to treat cancer in a way that fires its cells with the help of radiation, known as “radiation therapy”. This center comes to support Butaro hospital located in Burera district.
The center has two medical machines which have the capacity to treat between 80 and 150 people per day, according to the Ministry of Health.
Cancer the 2nd leading cause of death in the world, an estimated 9.6 million people died from cancer in 2018, 70% of cancer deaths occur in poor countries and $1.16 trillion in economic losses due to cancer in 2010.