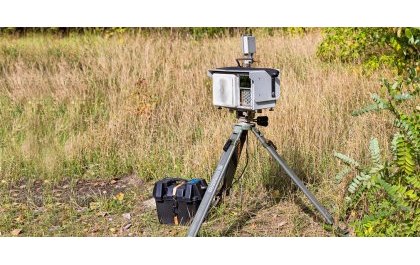 Traffic Cameras to raise debates between police and roads users

The dispute between road users and the National Police regarding the traffic cameras where some show that they are writing unfair fines while the Police say that this is not possible.

For the past two days this issue has been the main topic in the media, on social media and in other social media. It has reached the point where people on the road are stepping, avoiding speeding or coming suddenly to be stopped on the road.

It got to the point where the debate went from the social media to the National Television in an interview in which the National Police was invited; Transport Development Agency, RTDA; analysts and public commenters.

The main problem is based on cameras that have been placed in different directions such as Rukiri and Kamtuwe in Remera and Nyakabanda in Nyamirambo. It has often been reported that local billboards are illegal.

The director of the Transport Development Agency, RDA, Munyampenda Imena, announced that all the road signs in the country were installed in accordance with the law.

As usual, André, who is an expert in traffic laws, said that all the signs in the country are not according to the law as described.

Of course, he said, it’s possible that the people who set up the posters are not the same people or even know the law properly.

The spokesperson of the Rwanda Police, CP John Bosco Kabera, said that for him the sign is not a problem, but the first thing is to understand clearly that the purpose is road safety, and everything else is important.

He said, “I think people use the road, they feel that the Police should be watching the sign where it is. So we will come back to it… people driving without looking at the road signs properly, that’s why Camera wrote to him without knowing where he wrote to him, he didn’t even know the sign and said that he wrote to me on the 60th sign because he just thought it, we went to look and found that it was the 40th sign. We have more evidence.”

The head of the Police Department for Road Safety, ACP Gerard Mpayimana, said that cameras and other devices are placed on the road to prevent accidents.

“It means that when you look at it, these numbers are going down. It is mainly due to technology [camera, speed governor], I think that Rwandans should support these technological activities because we are not the first to do these things […] but we should see how we do it and it is done well.”

CP John Bosco Kabera said that he does not agree with people who say that they are not guilty of traffic violations.

As usual, he gave himself an example, saying that Camera already wrote him 75 thousand Frw. For him, there is no problem with the registration, only the problem is that the poster based on it would not comply with the law.

He said, “If the camera goes, it’s not possible. It would be a mistake because if you put a camera in a place where there is no sign, each vehicle has its own speed as stated in article 29 and the camera cannot choose whether it is a truck, a motorcycle, or a car.”

These cameras were placed on the streets to monitor the lives of people who were suffering from preventable conditions and disabilities that many people face that prevent them from being active and energetic.