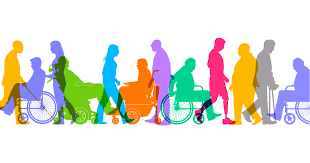 Dear government consider our peers, said the people with disability in Rwanda

Although the census found that a big number of people with disabilities in Rwanda are found in the area of not walking at the level of 51% of those with a disability, there is a disability that makes it difficult for those who have it because if left untreated under five years it can lead to chronic diseases. Nicodem Hakizimana, President of the Rwanda Association of People with Skin Disability (albinos) witnesses that people with albinism are in the high risk “birth with albinism requires patience because because they immediately rejected you, if you are not identified under the age of five, it is not always possible to correct the problem of melanocytes, without treating you at the early age, you may have a higher risk of skin cancer. He said

SEKAREMA, who currently runs cerebral palsy games, agrees with Niyoyita where they assert that although they cannot cure mental illness permanently but when the owner is identified early, they help him or her to learn and be included in the BOCIA (BOCCIA) Games.

While people with disabilities are demanding to include  the people with disability under the age of 5 in the national programs, the National institute of Statistics says that it is difficult to include them in the upcoming general census because it would take them long time, ” our budget for the census is for  about 15 days, so, getting those numbers  would require us to go to the child’s parent or guardian, and it would be difficult for him or her to accept because the families don’t want to be identified,  we need more skilled people to help us ,” said , Kwizera James the national institute of statistics spokesman